Specimen banknote printed by the company Perkins Fairman & Heath (the company which later became Perkins Bacon & Co).  This speciman A was produced using steel hardened plates which could print immensely large numbers of identical banknotes.  Previously printing had been achieved using copper plates but these only allowed a few thousand impressions by which time the plate would be worn out.  As such, printing banknotes from copper plates was very limited.  Steel hardened plates not only lasted longer but extra steel plates could be made from one original steel plate.  Thus the quantity of identical banknotes that could be printed was almost unlimited.  The specimen below was the very first steel engraved specimen banknote to be printed and was produced in pursuit of a contract with the bank of England.  The engraving was presumably done by Charles Heath and his fellow engravers.  Unfortunately the Bank of England decided not to award a contract however, many other banks did place orders.  The firm then prospered printing banknotes.  By 1840 the firm had become Perkins Bacon & Co for which it is more well known as the company that printed the first postage stamp, the 'Penny Black'. 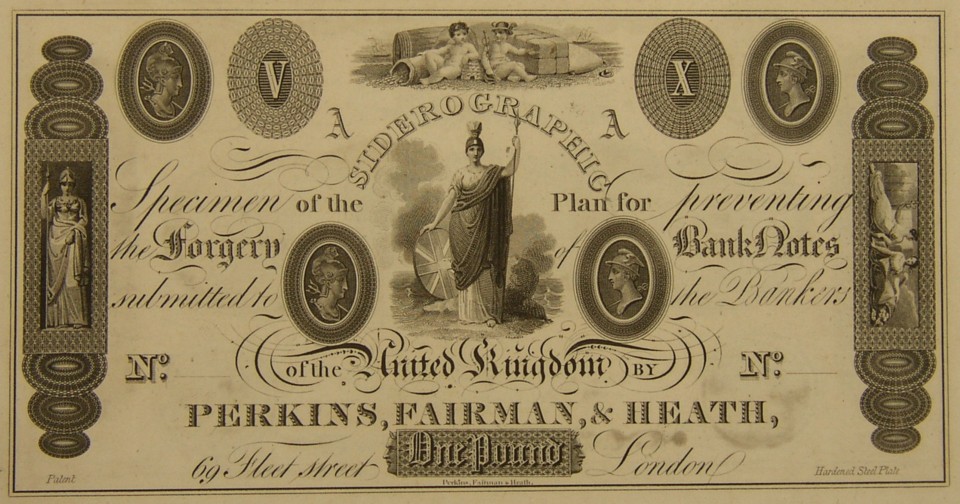 Front view of the Specimen Banknote 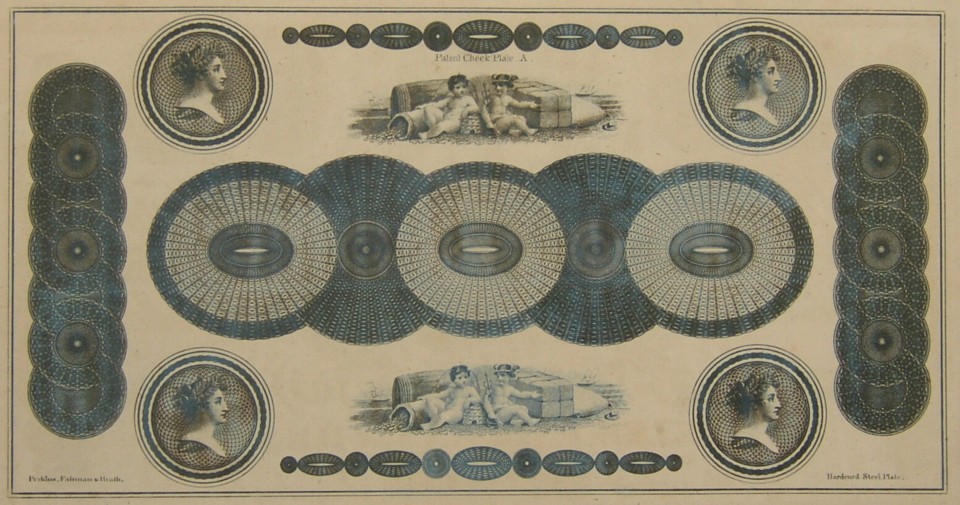 Rear view of the Specimen Banknote

A specimen of the siderographic plan for preventing the forgery of banknotes sumitted to the Bankers of the United Kingdom by Perkins, Fairman & Heath, 69 Fleet Street, London, Patent Hardened Steel Plate, One Pound.  Patent Check Plate A.