We know about William from the following:
1. His entry in the National Dictionary of Biography.
2. His published poetry books.
3. His memorial at the Ullet Road Unitarian Church, Liverpool.

William Caldwell Roscoe is mentioned in the Dictionary of National Biography (Vol. XVII p.225-6) as follows:
ROSCOE, WILLIAM CALDWELL (1823-1859), poet and essayist, born at Liverpool on 20 Sept. 1823, was son of William Stanley Roscoe and grandson of William Roscoe [q. v.] His mother, daughter of James Caldwell of Linley Wood in Staffordshire, was sister of Mrs. Anne Marsh-Caldwell [q. v.], author of 'Emilia Wyndham.' He was educated at a private school, St. Domingo House, near Liverpool, and afterwards at University College, London, graduating in the University of London in 1843. He was called to the bar in 1850, but after two years relinquished practice, partly from delicacy of health, partly from doubts of his qualifications for his profession. He married in 1855 Emily, daughter of William Malin of Derby, and afterwards lived principally in Wales where he was interested in slate quarries and devoted much of his time to literary pursuits. He was a frequent contributor to the 'National Review,' of which his brother-in-law, Mr. R. H. Hutton was editor. He died at Richmond in Surrey of typhoid fever on 30 July 1859. Roscoe published two tragedies, 'Eliduc' (1846) and 'Violenzia' (1851, anon.), a considerable amount of fugitive poetry, and numerous essays contributed to the 'Prospective' and 'National' reviews. These compositions were collected and published in 1860 by Mr. Hutton, with a memoir; the poems and dramas were re-published in 1891 by his daughter, Elizabeth Mary Roscoe. Roscoe was a man of great, almost excessive, moral and intellectual refinement. The fastidiousness thus engendered impaired his power of direct appeal to human sympathies. 'Violenzia,' his principal work, is a finely conceived, and frequently eloquent, tragedy; but the good characters are too good, the bad too bad, the sentiment continually overstrained, and the result an atmosphere of impossibility. 'Eliduc' is less academical, but less characteristic, and chiefly deserves notice as a fine study in the manner of the Elizabethans. The minor poems, though always graceful and feeling, seldom rise above the level of occasional verse. Two, however, 'Love's Creed' and 'To Little A. C.' are very beautiful, and should alone preserve the author's name as a lyric poet. As a critic Roscoe did excellent work, especially in the 'National Review,' a periodical which, with his aid and that of R. H. Hutton and Walter Bagehot, helped for several years to maintain a high standard both of literary and political criticism. If not a profoundly penetrating, he is in general a discriminating, and sometimes a subtle, critic; and although his views are occasionally a little startling, as in his condemnation of the stanza of 'In Memoriam,' they are in general distinguished by commonsense.
[Memoir by R. H. Hutton prefixed to Roscoe's Poems and Essays, 1860.]   R. G.

Also published by William Caldwell Roscoe was 'A letter to the Reverend William Lisle Bowles in reply to his Final appeal to the literary public relative to the Pope'.  London Printed for T. Cadell 1825.

I understand that  more information about the history of the Roscoe family can be found in the book 'Roscoeana' which was privately printed in 1905. 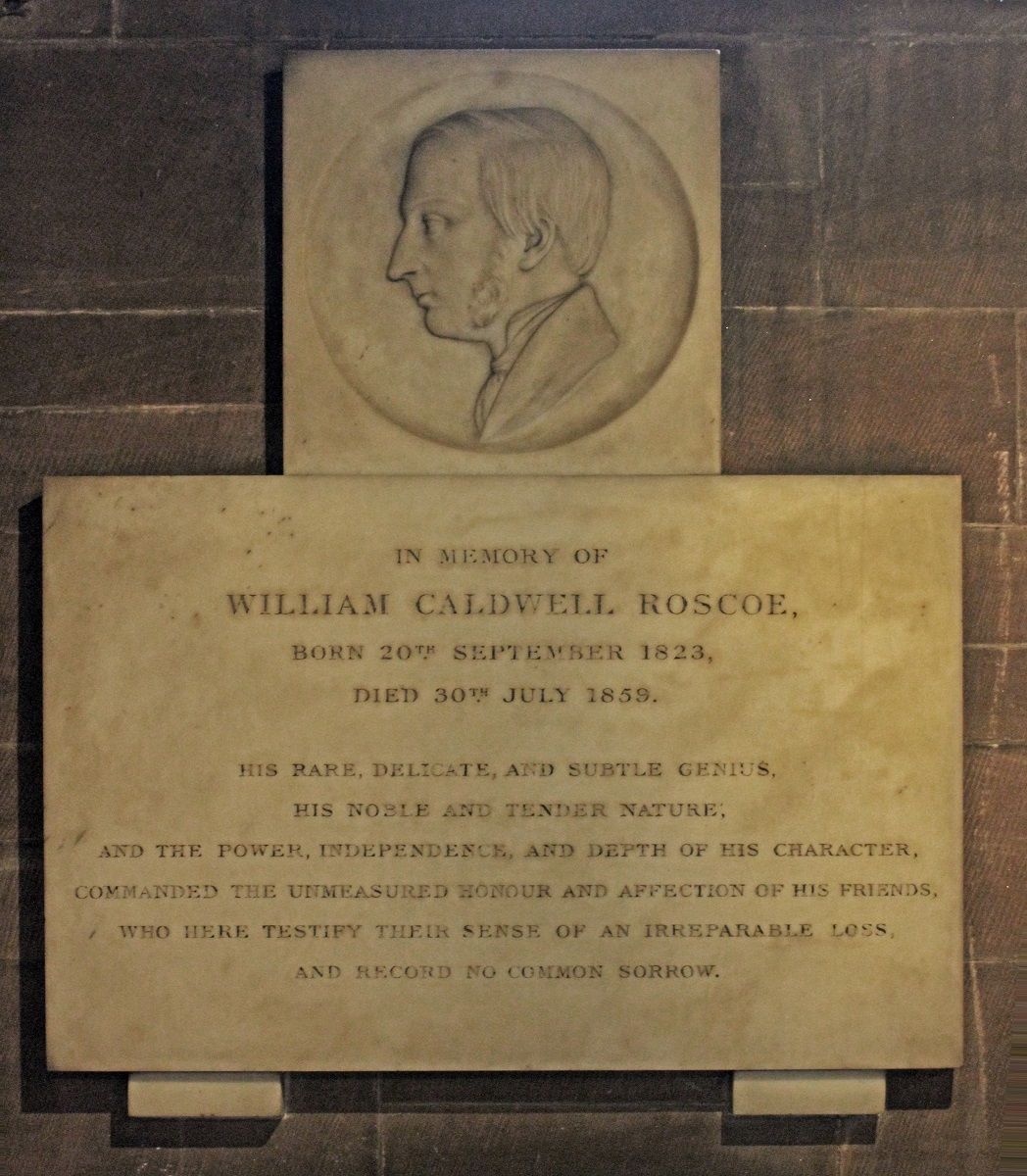 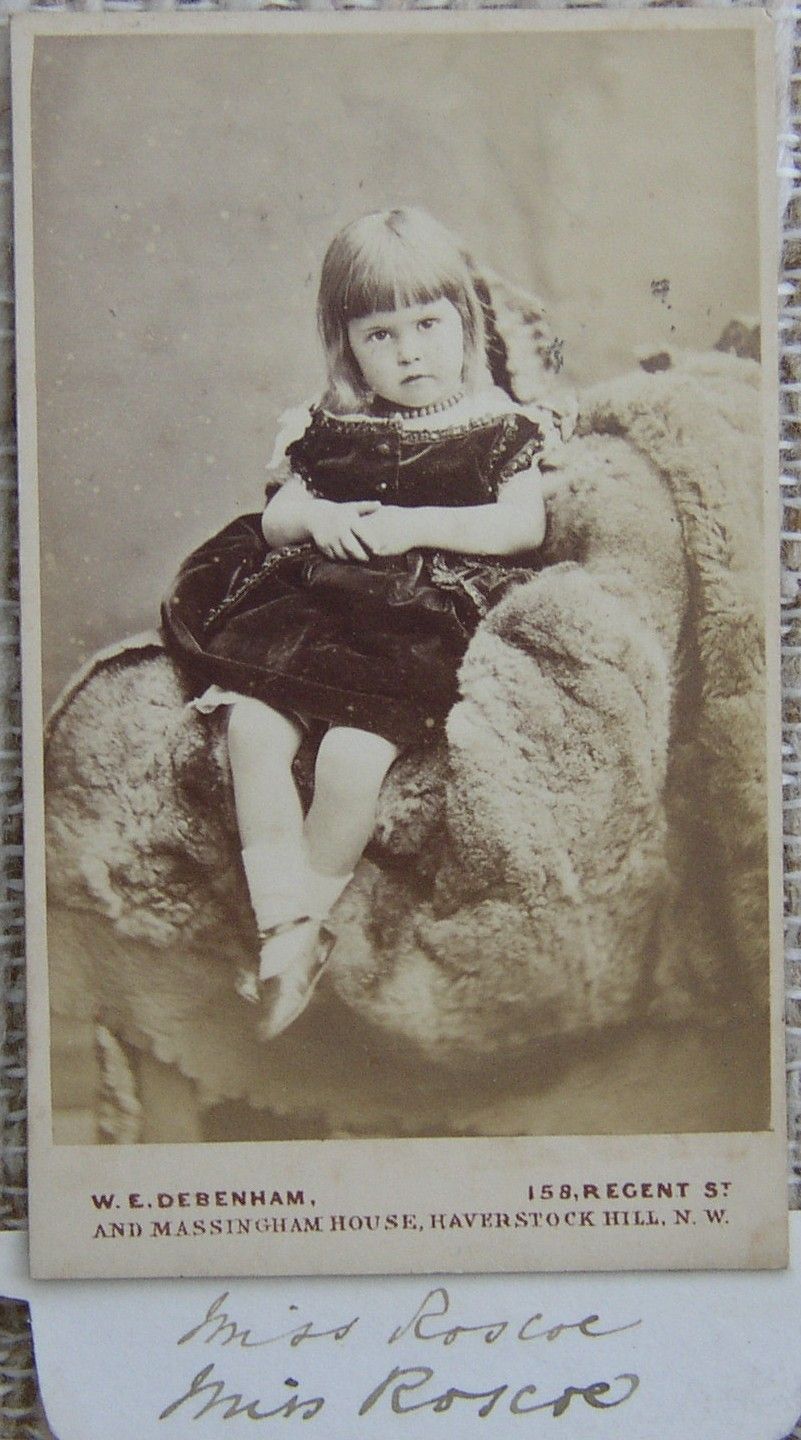