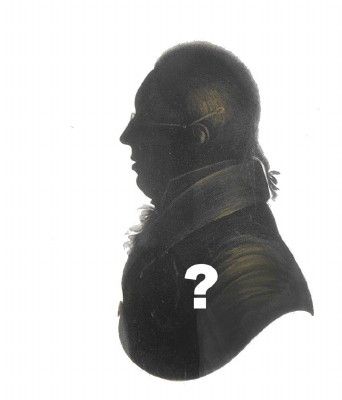 Born: around 1745 and died January 18th 1832 age 87 years.
Son of: not known.
Brother of:
1. Robert Skerrett (the Apothecary).
2. Lieutenant General John Nicholas Skerrett who's son was John Byrne Skerrett 1778-1814 who died in the Peninsular Campaign (Siege of Bergenop-Zoom, March 1814).  He had been engaged to Hannah Caldwell.
3. Possibly others?
Joseph married: Margaret Caldwell (1749?-1805), daughter of James Caldwell (of Scotland) and Hannah Caldwell (nee Armstrong).
Joseph and Margaret had issue: not known?

We know of Joseph from the following sources:
1. Anne Marsh-Caldwell's diary.
2. James Caldwell's diarys and his will.
3. His grave at St Mary's, Nantwich.

Relevant notes from Anne's diary are as follows:

. . . My Grand-Mamma had been the mother of 13 children, of which four only grew up; Aunt Sheret [Skerrett], the eldest, my Aunt Anne, my father, and my Aunt Bessy, seven years younger than was the youngest child. Of these children three, I think, died of putrid sore throat. It must have been ill understood in those days. Most of the others appear to have died as infants. There were, I think, three Jameses before my father - who had been a most beautiful child with long curling flaxen hair and was made a perfect idol by his mother. I don't suppose my Grand-Mamma had been very happy - my Mother at least used to say "She never wished to have her daughters married - though she was glad enough to see her son married - meaning she did not car so much how it befel other people's daughters.

I remember going with Grand-Mamma through the little glass door and seeing Miss Sheret [Skerrett] coming out of the garden with a green watering pot in her hand - the watering pot was little and green and I thought it very pretty - but though Miss Sheret [Skerrett] was little I could not bear her, for she wore a dull coloured buff striped gown with a plain cap and was not pretty; had a stayed look and a red nose - and I quite felt an uncomfortable sensation when I looked at her.  . . .

. . . At last we reached Nantwich and I was to point out my Grand-Mamma's well known house, now inhabited by my Uncle Sheret [Skerrett] - an old Cheshire wooden house painted black and white I recollected it to be, with a tree trained against the parlour window - of that I was positive.  . . .

. . . Aunt Bessy and Aunt Anne were now living in my Uncle's house in Dysart Building; my Uncle and Aunt Sheret [Skerrett] had exchanged for the more important mansion in the Hospital Street. These worthy Aunts had come into their little fortunes, something less than two thousand pounds apiece, not quite two hundred a year between them; and my Aunt, a woman of the most clear and excellent head and the noblest character in the whole world, had arranged her plans and begun that life of honourable and gentlewoman-like independence upon small means which she persevered in to the end - through all the difficult years of the French War-years when wheat was 120 shillings, and ten per cent taken in property tax at one fell swoop out of their little income; many years after did this high spirited and righteous woman tell me that she never turned the year without being "something in hand - a few shillings contents me, Anne, but something in hand it must be" - They had no bills!

It would appear that Joseph Skerrett was an Upholster, a Banker, an Auctioneer and possibly also a Solicitor?

If anyone on the internet can give me any more information I would be very pleased to hear from you.