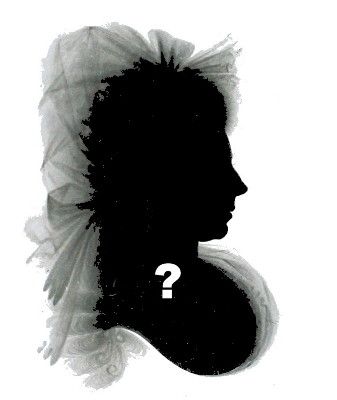 We know of Elizabeth from the following sources:
1. Her will.
2. Memorial inside St Mary Magdalene, Gillingham, Kent.
3. "History of the Ancient Family of Marsh" by Joseph J. Green, Archivist and Genealogist, 1903, revised to date by Wm. Ernest Marsh, of Marston, Bromley, Kent, 1912.
4. A brief mention in the diary of Miss Elizabeth Louisa Marsh-Caldwell (page 45).

The entry in Miss Marsh-Caldwell's diary reads as follows:
In 1811 Mr Marsh married for his third wife Miss Eliza Tresillian, and as far as mothers of this world goes, a clever and managing woman, and very handsome, but this marriage was not approved of by the family, nor did it lend in anyway to its wellbeing. "Aunt Eli?" was at that time about 29 and had kept her father's house and been part of the family since the second Mrs Marsh's death in 1806.  Miss Tresillian was not one that either by ancestry or connections her step children could look up to, and it wished for a high spirits young woman to have to make way for her.  They would naturally have much preferred another marriage for their father which was on the tepis?, ie to Miss Blend?, a sister of the then Lord Dacres, but she was plain, and a lady, and this other was very handsome, and knew "how to play her cards," and so contrived to be the one selected.  Some short time after the marriage the daughter of Mr Marsh, by his first wife, set up a home of their own. There was a breach in the family, and the third Mrs Marsh being neither liked, or her connections on the same like as those of the former wives, gradually the whole tone of the society in Mr Marsh's house, was changed and lowered.

Signed sealed and published and declared by the said Elizabeth Marsh the Testatrix as and for her Will and Testament in the presence of us who in her presence at her request and in the presence of each other have hereunto subscribed our names as in Witnesses.

Note from Nancy McLaughlin.
I was interested to read the will of the above Elizabeth MARSH who appears in my own HOLLAND ancestry.  She was a daughter of Leonard TRESILIAN (as you state), and his wife Margaret nee HOLLAND.  However, the cousin "Henry HOLLAND" link you have is quite incorrect.  Elizabeth's cousin Henry Holland of Albany, was Henry Holland (1775-1855) of Albany, Piccadilly. And he was a son of Henry HOLLAND (1745-1806),  - architect to the Prince Regent - , and his wife Bridget, daughter of Lancelot "Capability" BROWN, the landscape gardener.  Henry Holland, MD etc , was no connection.  I have further information on the Holland family if you are interested -  it goes back to one Cornelius Holland, a Regicide.  A book has been written by Dorothy Stroud "Henry Holland - his Life and architecture"...but even this contains some inaccuracies.  Thankyou for placing your information on-line -  makes fascinating reading.
Nancy McLaughlin
Kaiapoi,  NZ