We know about Lucy from the following sources:
1. Her obituary in the Guardian Newspaper, Sydney.
2. Letter to Betty Harrison from Gwyneth Wise regarding George Wise and Frances Marsh. - 11 March 1992.
3. Diary of her husband George Foster Wise (1814-1897).

On Saturday, June 15th, Mrs G.F.Wise, of Manly, was laid to rest in the quiet old cemetery at St. Peter's, Cook's River, after having completed the threescore and ten, and within three years of her golden wedding-day. She came to Sydney in 1839 with her aunt, Lady Forbes, wife of Sir Francis Forbes, the first Chief Justice of New South Wales; say Brisbane when it was a mere village, and visited the first gold-field, of which she wrote a graphic description. The first period of married life was spent with her husband in Queensland, and subsequently on the Demondrille station, near Yass, and afterwards at Bathurst, but for the last 28 years they have resided in Sydney and Manly.

Possessed of unusual social qualities and powers of conversation Mrs Wise was ever the centre of a circle of friends, while her clear intellect and kindly heart, rendered her a valuable member of charitable committees. For a considerable time she belonged to the committee of the Deaf,  Dumb, and Blind, and of the Female Refuge; in the latter of which her broad, merciful spirit, gave her an influence above all others, for it is the gentle touch, the unjudging heart, which alone can win the erring back to the paths of virtue. When it was found necessary to provide some shelter for the deserted infants of this great city, she, together with two other ladies, established the Foundling Hospital, now known as the Infants' Home. It was first opened in Victoria street, close to Mrs' Wise's residence, and day and night did she assist the matron to watch over the foundlings, whose tender  lives, weakened by neglect and reft from a mother's love, too often ebbed away, in spite of every care.

But it is not as a member of committees, except in so far as she throws her heart into the work, and keeps alive the deep spirit of  charity, that a woman's finest mission is to be found. It is easy and often entertaining to attend meetings, to sit around and reprove those who are carrying out difficult details, and bearing the burden and heat of the day. There is a certain sense of importance in this, and may, or may not be, an evidence of zeal in God's cause. Nay, rather, it is in the tender silent bye-ways, by the hourly acts and thoughts of mercy, that the command to "bear ye one another's burdens," is to be carried out, and it was in this way that Mrs. Wise brought her  daily exercise of prayer and holy reading to bear upon life. Were any despised and deserted of all men, to Mrs Wise they could come sure of loving sympathy; were any perplexed and failing, from her they would learn how to find strength to keep in the God-ward path. To all who sought her, she gave, not the cautious counsel of the world, but the full warmth of an unselfish soul. Whatever work was nearest, that her hand found to do, whether it was the nursing at the risk of her own life, a poor old fever-stricken woman, or the bringing into her own home the fallen creature found lying intoxicated in the Park.

It has been said by Longfellow:- "Lives of great men all remind us we may make our lives sublime."

And same thought may be followed out with regard to lives of good women, for, after all, goodness in a woman is as great a world elevating force, as greatness in a man. In these hurrying days of fashion and show, when "female rights" are loudly asserted, and higher education is the aim of gowned maidens, it is well to be reminded that there is something besides all this, and, in spite of our superior knowledge, there is a tender grace, which our simple, God fearing mothers and grandmothers possessed, that we perhaps may miss.

Statesmen, authors, and millionaires, have eulogies written over their graves, and many a reader dreams that if they had wealth or  genius, they to might do great things, and win a noble fame. Is it  not, therefore, well for ordinary people to learn that there is an army of unknown workers, whose true  glory is as great as many a world famed renowned name, although they had but little means, and only gave of their own soul's sympathy to God's children? And my not selfish kindness by dwelling on the life of one who had ever a heart to soothe and sympathise, and oft-times won that greatest of earthly rewards, " the blessing of Him who was ready to perish."

In his Sermon last Sunday, June 16th, the Rev. R. Willis, Incumbent of Manly, alluded, in feeling terms, to the death of Mrs Wise. He said:- "Her religion was both a religion of  the head, and also a religion of the heart. She believed in the Bible as the word of the living God; she believed in God's manifestation of Himself in our Lord Jesus Christ; she believed in the Holy Spirit enlightening, and sanctifying, and comforting us. Her heart overflowed with the inspiration of these great truths, and she went about doing good because it  was natural to her. The comforts that God gave her, both temporal and spiritual, she did not keep to herself, but she recognized that one of God's purposes in giving them, was that she might use them in comforting others, and she was faithful in the execution of her trust. Mrs Wise has left us a pattern of true, bright, self sacrificing, Christian life, which we all would do well to study and to imitate."

Another Clergyman writes:- "She was in Christ,  showed by her devoted and useful life that she was indeed the Lord's. Her sympathy with the poor, the blind, the deaf, the dumb; the neglected and the outcast will be for her a memorial, and will, doubtless, be remembered by Him who takes cognizance of the 'cups of cold water' given in his name.

Thank you very much for your letter of 4th March about George and Fanny Wise. We seem to have a Great Uncle in common.

Until I heard from the Society of Genealogists last week I knew very little about George's life after he reached Australia. As the entry in the D.N.B. says he arrived in Sydney in the barque Alfred early in 1839. I have a typed copy of the Journal he kept on the voyage, describing how he got to know Miss Frances Marsh who was travelling with Sir Francis Forbes and Lady Forbes. There were 18 cabin passengers, 15 men and 3 women of whom Miss Marsh was the only unmarried lady. It says something for George that he became the favourite among so much competition. He spent about two hours a day on serious reading, philosophy and theology and part on lighter works such as Shakespeare and Sir Walter Scott's novels. In the evenings they danced and played chess or backgammon or walked on deck, often with Miss Marsh. He also read aloud to her, though I'm not sure she always appreciated it: "Nov.22 Read aloud to Miss Marsh two acts of Hamlet and not thinking her very attentive I read the whole of a long speech reading every other line and then reading backwards. On my asking her with the utmost gravity if she thought that a fine speech she answered as gravely "Yes it was." Of course told her the trick and she was becomingly angry with me. [In a different hand] No one but Mr Wise would have thought of doing or dared to do such a thing. Miss Marsh by writing across as above acknowledges the whole affair!

He writes another day, "I enjoy thank God most excellent health and spirits. I am the life of the party often and at all times ready for fun and frolic." One evening, "I dressed myself in Mrs Campbell's garments as a Lady&ldots; I danced a quadrille and afterwards waltzed. Many of the passengers at first did not know who I was."

Miss Marsh meanwhile is becoming increasingly saucy; writing comments and teasing. He does not, however, seem to regards this as more than a board-ship flirtation as on January 1st he wrote "There is no person on board whom I can in heart fully sympathise with, though Lady Forbes, Miss Marsh and Talbot are those whom I most like."

They came within sight of Sydney on January 7th but calms and then contrary winds blew them away again so they did not land until the 16th.

George had come out to his sister Emily who had married Sir Walter (or William) Manning, Attorney General. She died a few years later but his younger brother Edward came out to join him in 1854. Edward married Maria Bate Smith, sister of  Bernhard Smith (A.D.N.B.) and the Bernhard you mention may have been him but is more likely to be  Edward's son,  Bernhard Ringrose Wise. I did not know that George eventually returned to England to live with his two unmarried sisters in Ryde, Isle of Wight.

As you will have discovered by now I am very bad typist and send my apologies but it is probably better than struggling with my writing. Unfortunately I am about to go into a Retirement Home as I can no longer manage on my own. I am 84 and somewhat disabled so I have put my new address on the back. Thank you again for taking the trouble to write. 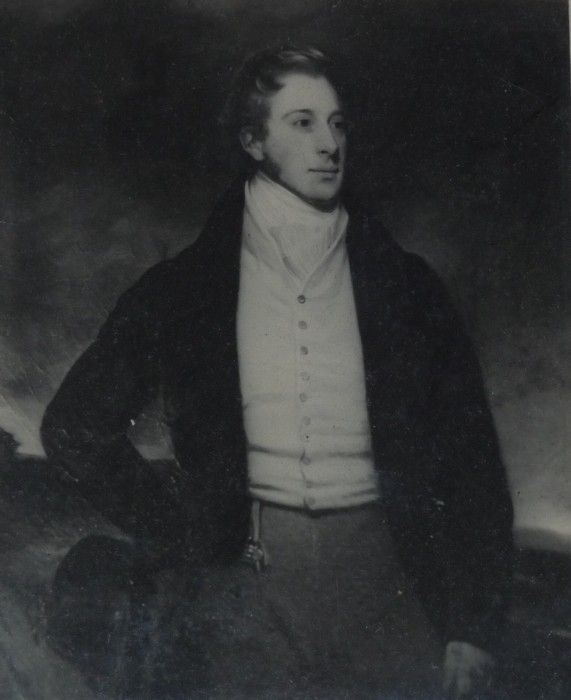 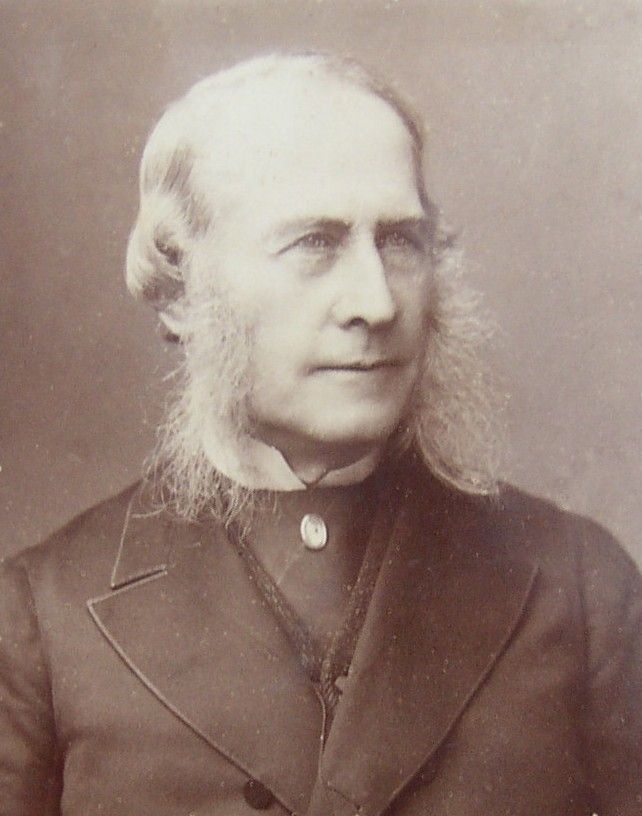